The Becoming the Big Me: The Great Conquest book is a collection of empowering stories brought together for you by Djemilah Birnie and featuring Sharon Lechter, the author who annotated Outwitting the Devil by Napoleon Hill, co-authored Rich Dad Poor Dad, and many other titles.

Learn more about each of the authors below. 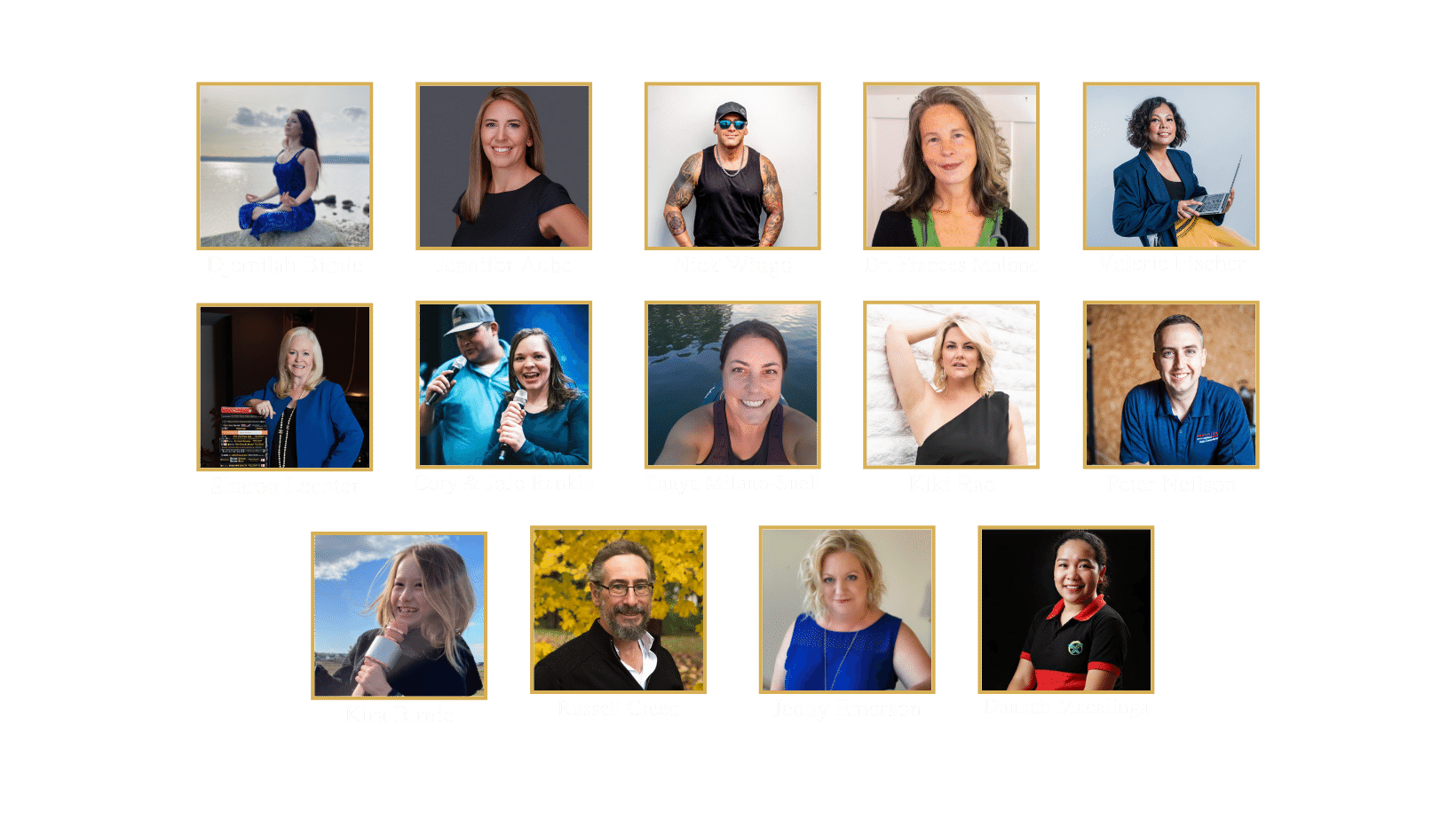 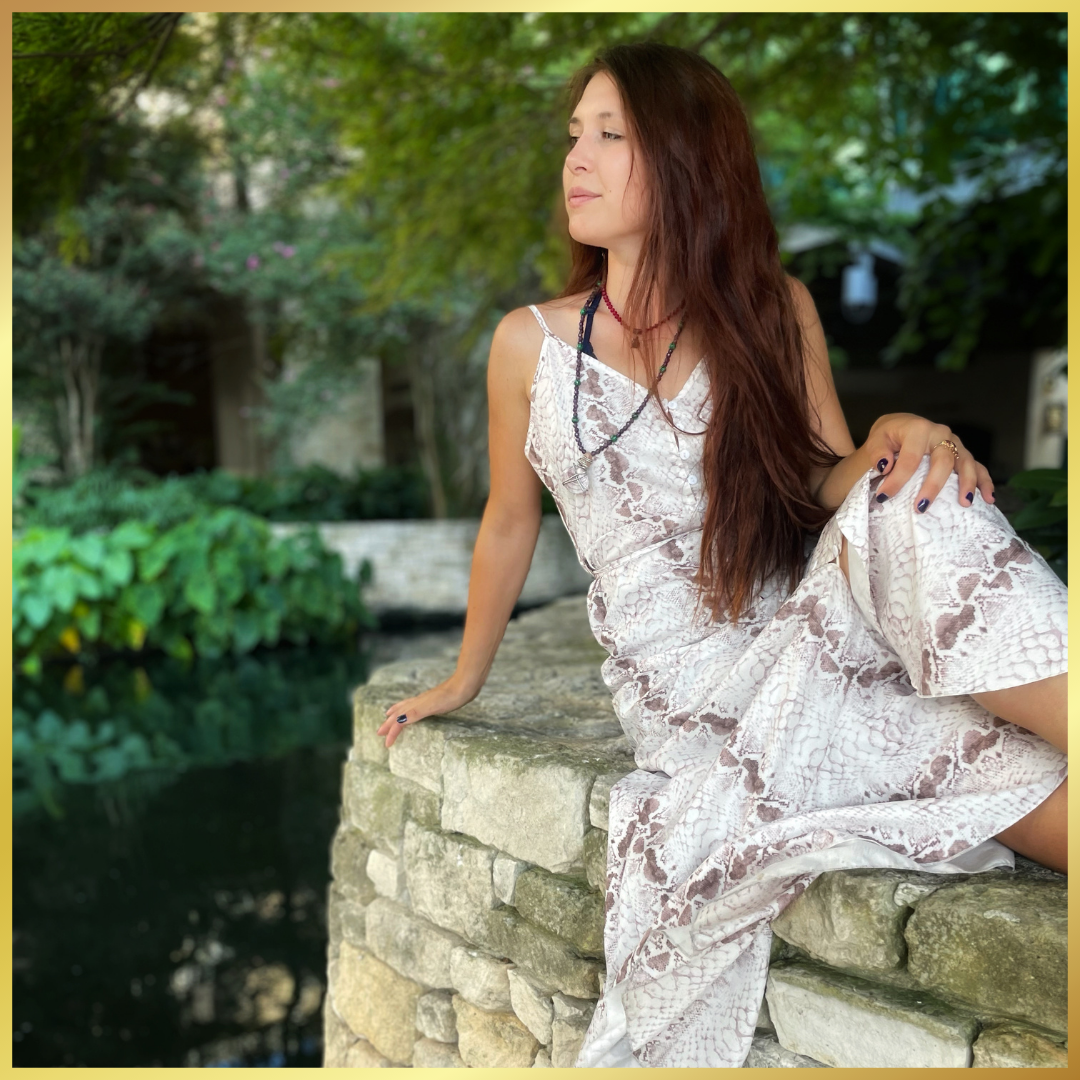 After overcoming many obstacles in her life it has become Djemilah Birnie's mission to help support and provide the resources for those on their own journey of Becoming.

Djemilah does not believe that there is a time in which we reach some "perfect" destination. Just continue to grow and learn each and every day.

Miss Birnie is passionate about helping others and provides resources through her books, her podcast, and her work for others on their journey of Becoming. 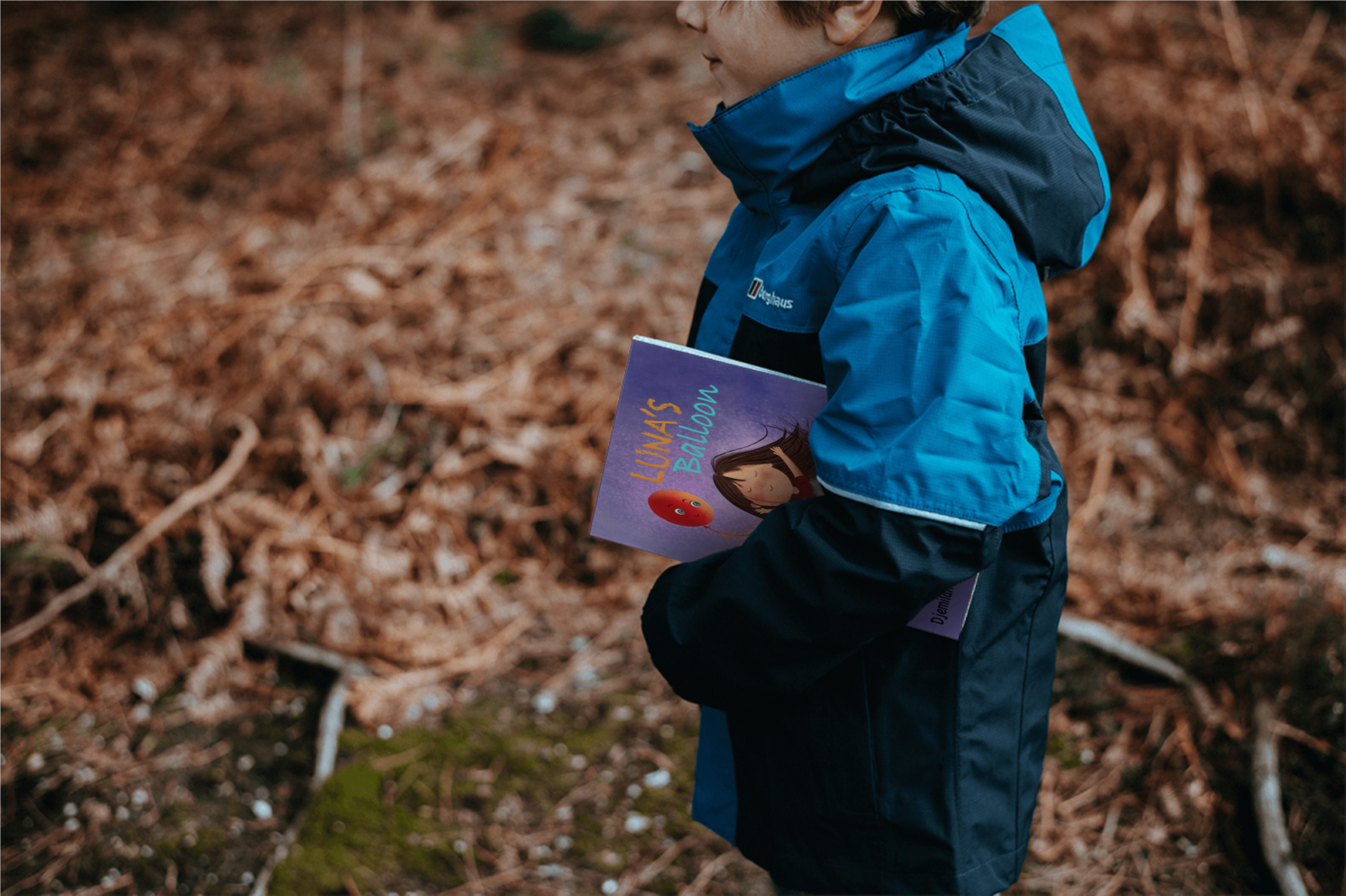 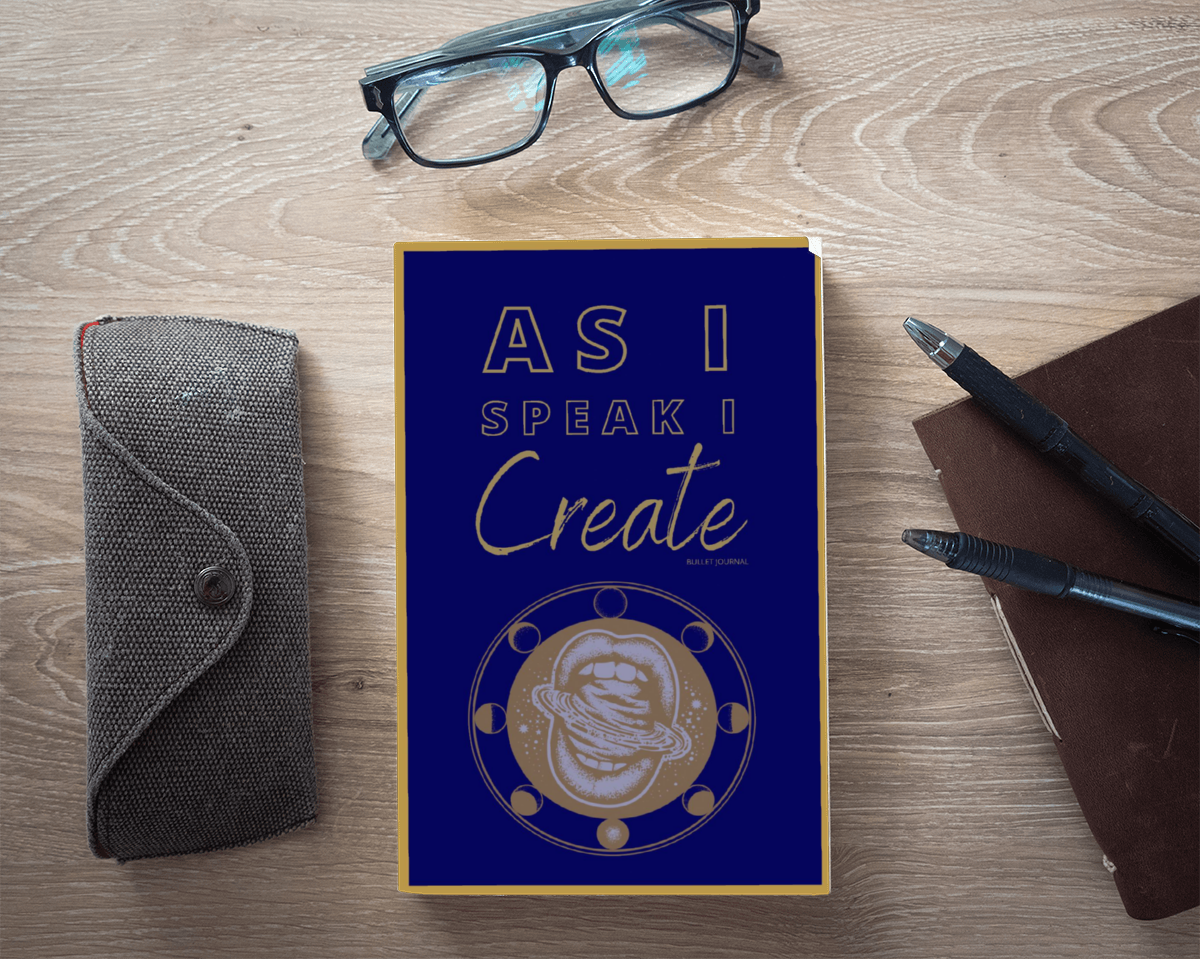 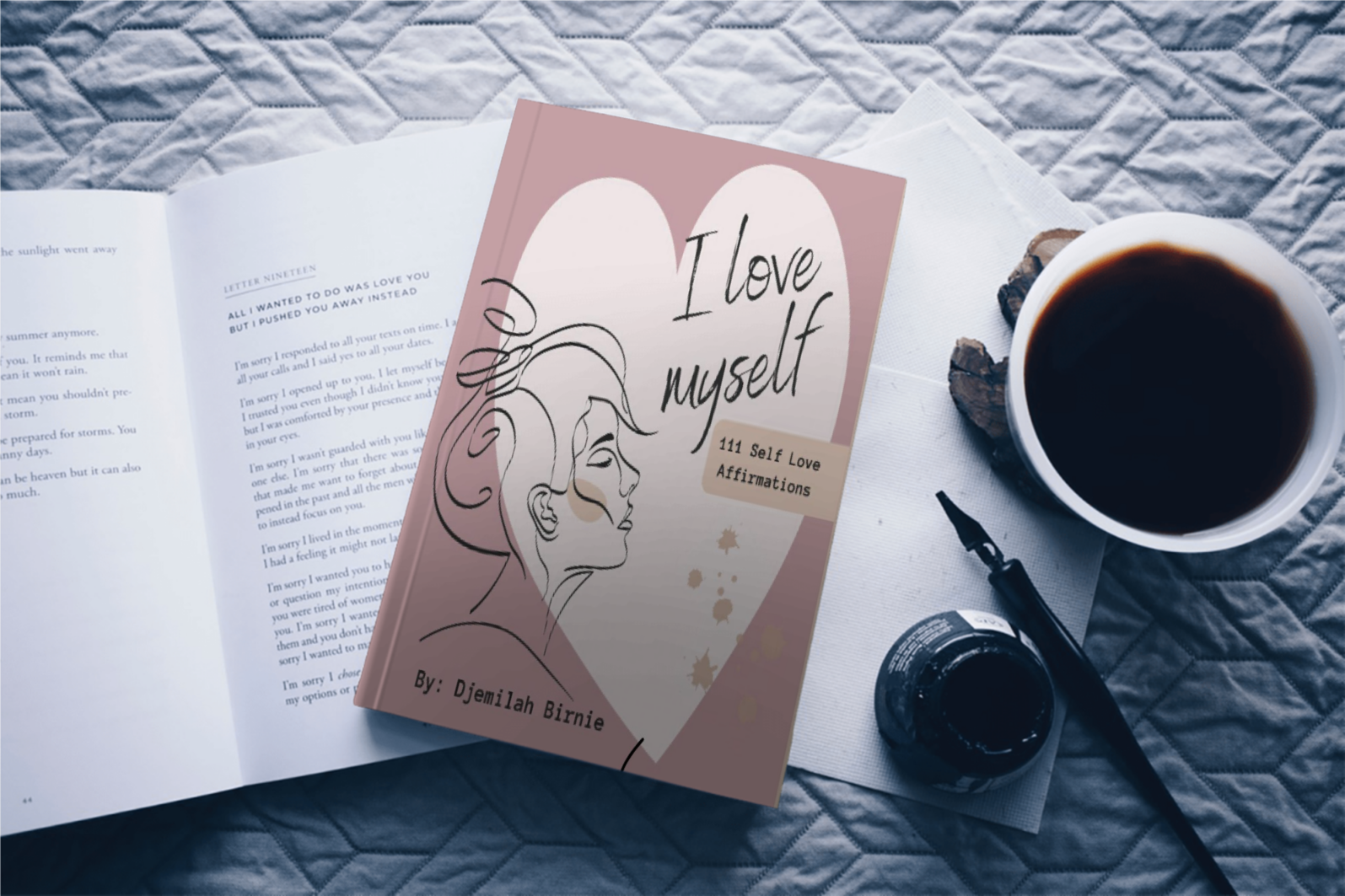 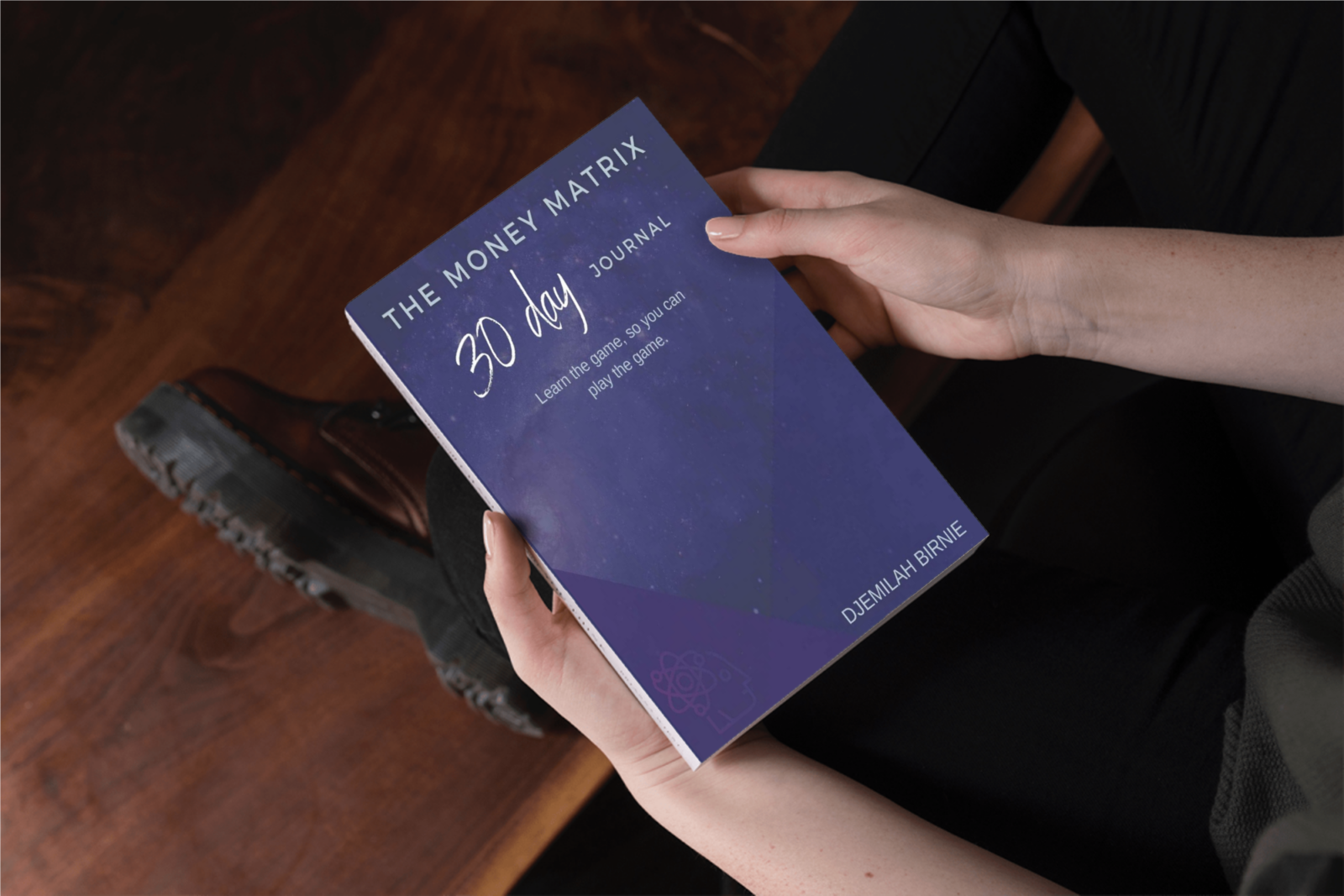 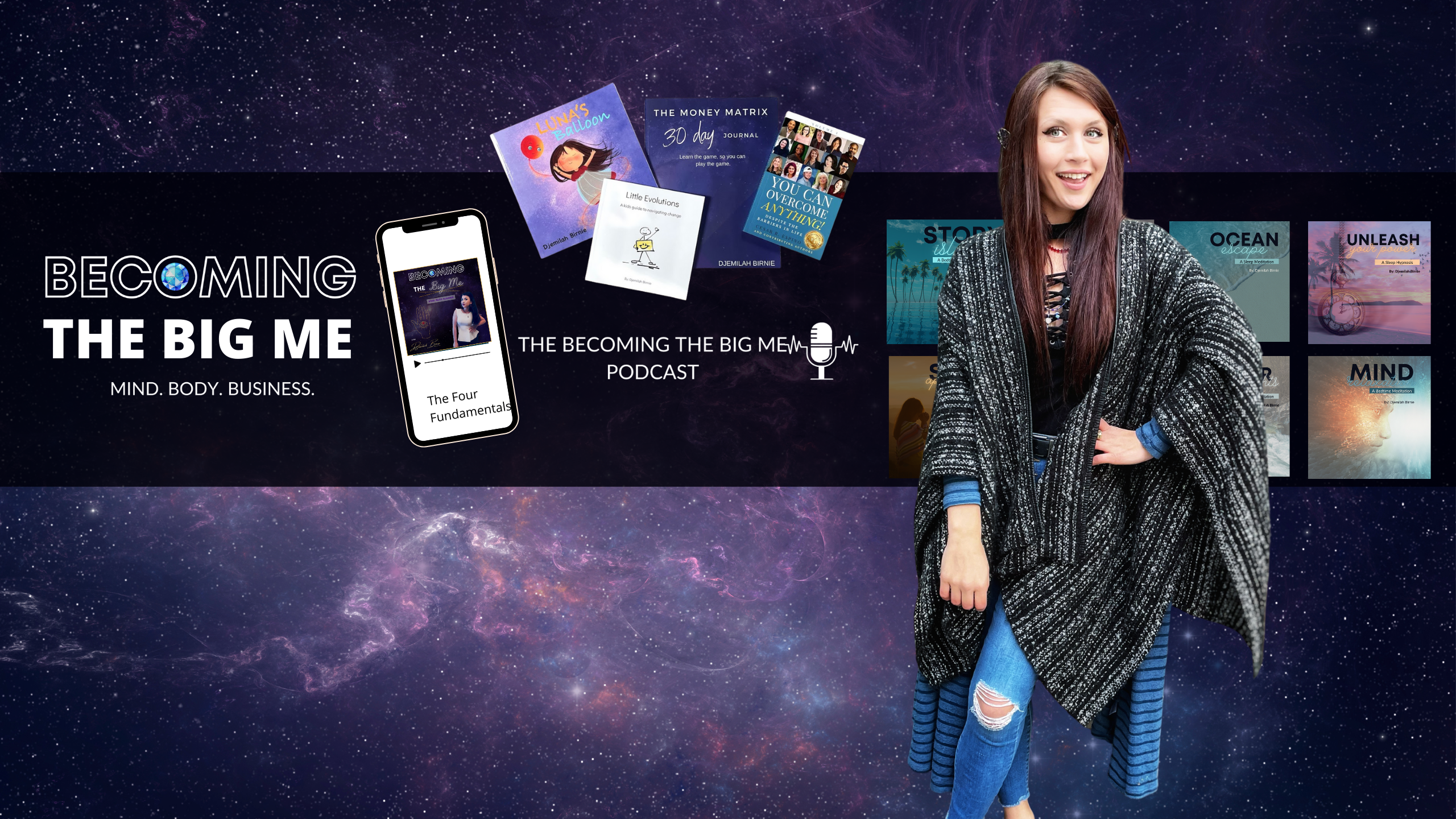 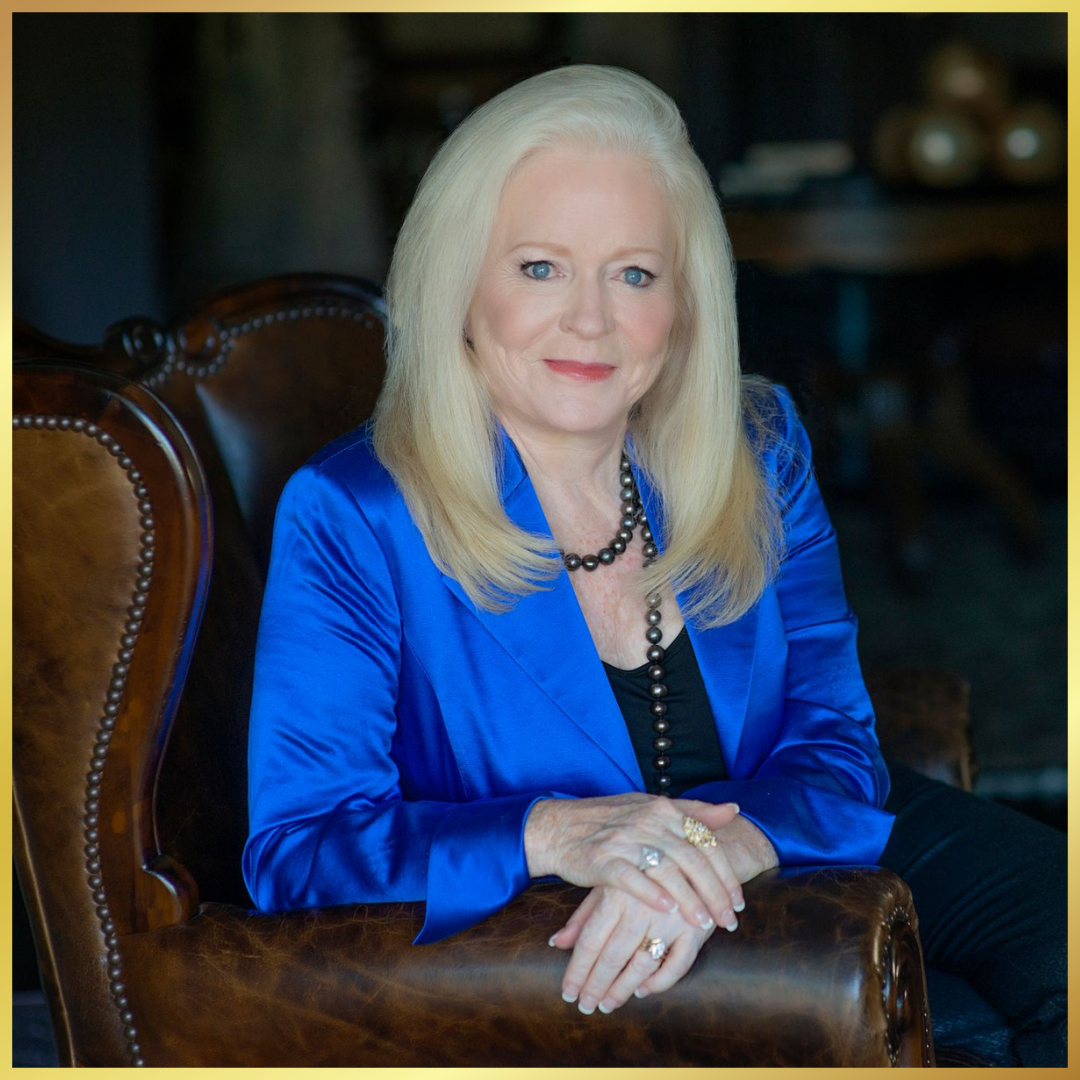 A lifelong education advocate, in 1989, Sharon joined forces with the inventor of the first electronic ‘talking book’ and helped him expand the electronic book industry to a multi-million dollar international market.

In 1997 Sharon co-authored the international bestseller Rich Dad Poor Dad, and has released 14 other books in the Rich Dad series. Over 10 years as the co-founder and CEO, she built the empire into the world’s leading personal finance brand.

In 2008, she was asked by the Napoleon Hill Foundation to help re-energize the powerful teachings of Napoleon Hill just as the international economy was faltering. Sharon has released three bestselling books in cooperation with the Foundation, including Think and Grow Rich-Three Feet from Gold, Outwitting the Devil and her latest project, Think and Grow Rich for Women, released in June of 2014. She is also featured in the 2017 movie Think and Grow Rich: The Legacy and has released the book Save Wisely, Spend Happily in cooperation with the American Institute of CPAs.

Sharon is a highly sought-after mentor and has worked with major brands like Disney and Time Warner and served two U.S. Presidents as an advisor on the topic of financial literacy. As CEO of Pay Your Family First, she has dedicated her entrepreneurial efforts to the creation and distribution of financial education books, games, curriculums, and other experiential learning projects. Everything about Sharon’s career centers around impacting others to improve their financial IQ, access untapped potential personally and in business, and create their own legacy.

But everything changed in 2012 when Sharon’s son unexpectedly died. All of Sharon’s successes seemed to fade into the background. She kept working, but on autopilot. She stopped playing at the level she always had and just started coasting.

Now, Sharon is back and playing big again, and she wants you to as well with the Play Big Movement. It’s time to shed the limitations that have stopped you in the past. It’s time to play big, master your money and time and create maximum impact.

Sharon lives in Paradise Valley, AZ with her husband and business partner, Michael Lechter, a powerhouse in the area of Intellectual Property, Organizational Architecture, and Publishing. Together, they love spending time with each other and especially like to get away to their dude ranch, Cherry Creek Lodge, where they can get “off the grid” (literally) and get recharged for their next big play.

Sharon continues to be a committed philanthropist by giving back to world communities both as a benefactor and a volunteer and has been honored with numerous awards.

Founder of Building Grit, Best Selling Author, Podcaster, and former firefighter paramedic on a mission to face his PTSD and bring a voice to other first responders who are going through the same thing. 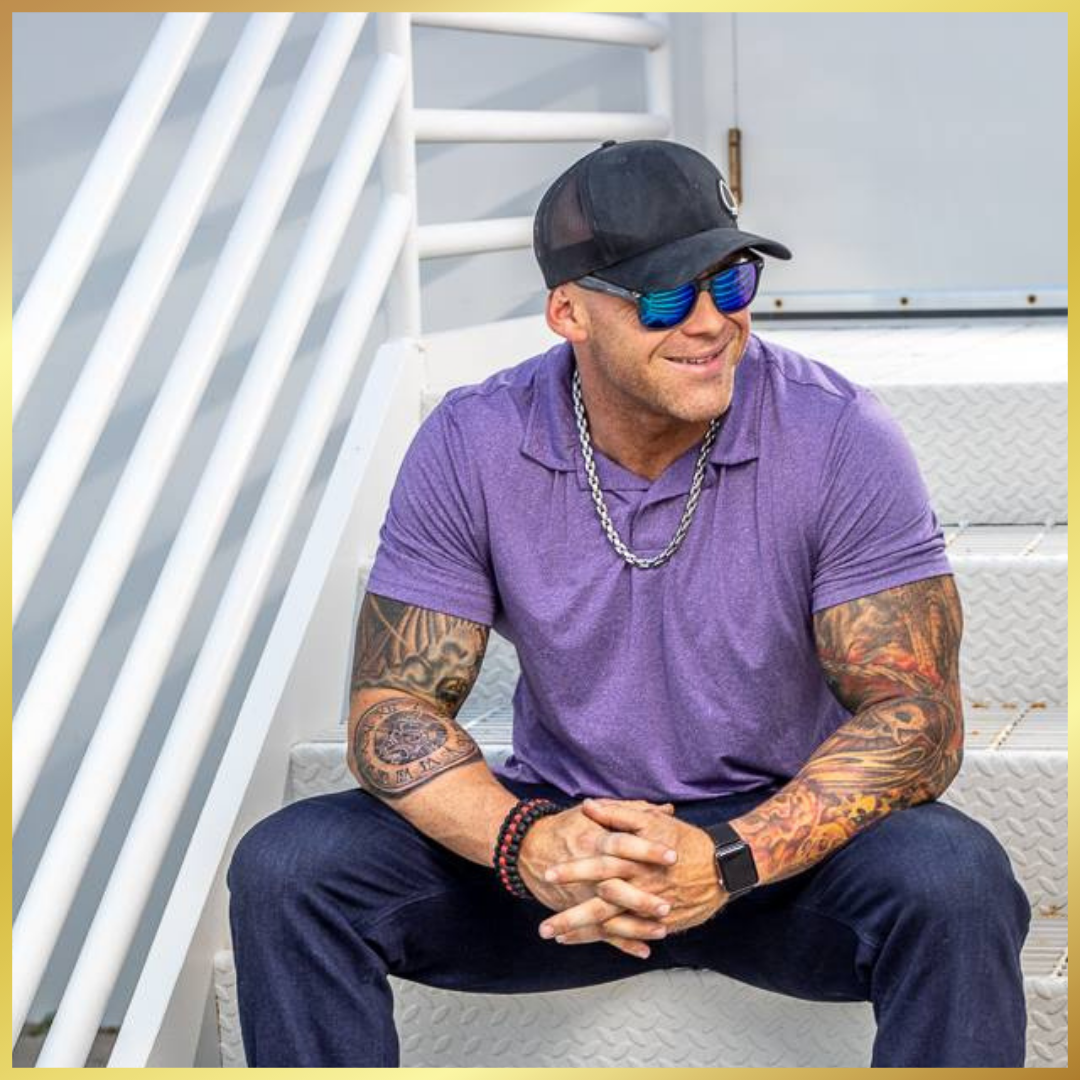 Nick Wingo spent the early part of his life as a firefighter paramedic where he saw things that most people could never even understand. After retiring as a firefighter Nick has put his passion into conquering his PTSD and helping others to do the same. He also gained a whole new perspective on the value of life after spending some time on a medical mission in Uganda.

Together with his beautiful bride Desiree Wingo he is building a business, raising their 2 amazing children Owen and Analise, helping couples strengthen their marriages, and giving a voice to those firefighters and first responders whose suffering goes unheard.

Dr. Frances Malone is a pioneer in the field of integrative pediatric medicine and holistic support and education for parents. 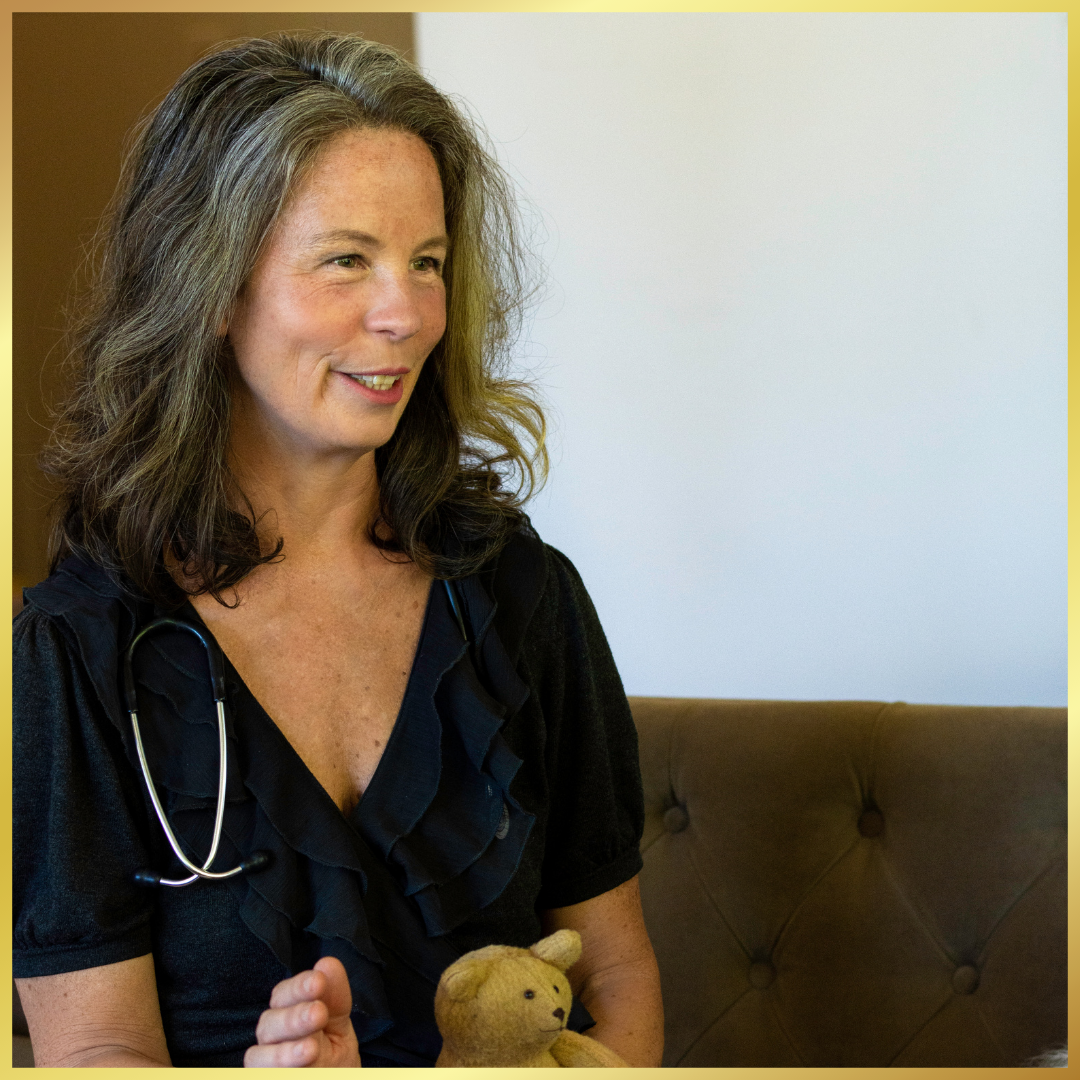 Dr. Frances Malone ARNP, PhD is a pioneer in the field of integrative pediatric medicine and holistic education for parents. She is a healthy families advocate and offers holistic support for conscious families and naturally healthy kids through her various programs.

She has the expertise in clinical nursing, education, biology, cranial-sacral work, nutrition, and more to help you create an environment that supports the optimal physical and emotional development of your children while bringing peace to the whole household. 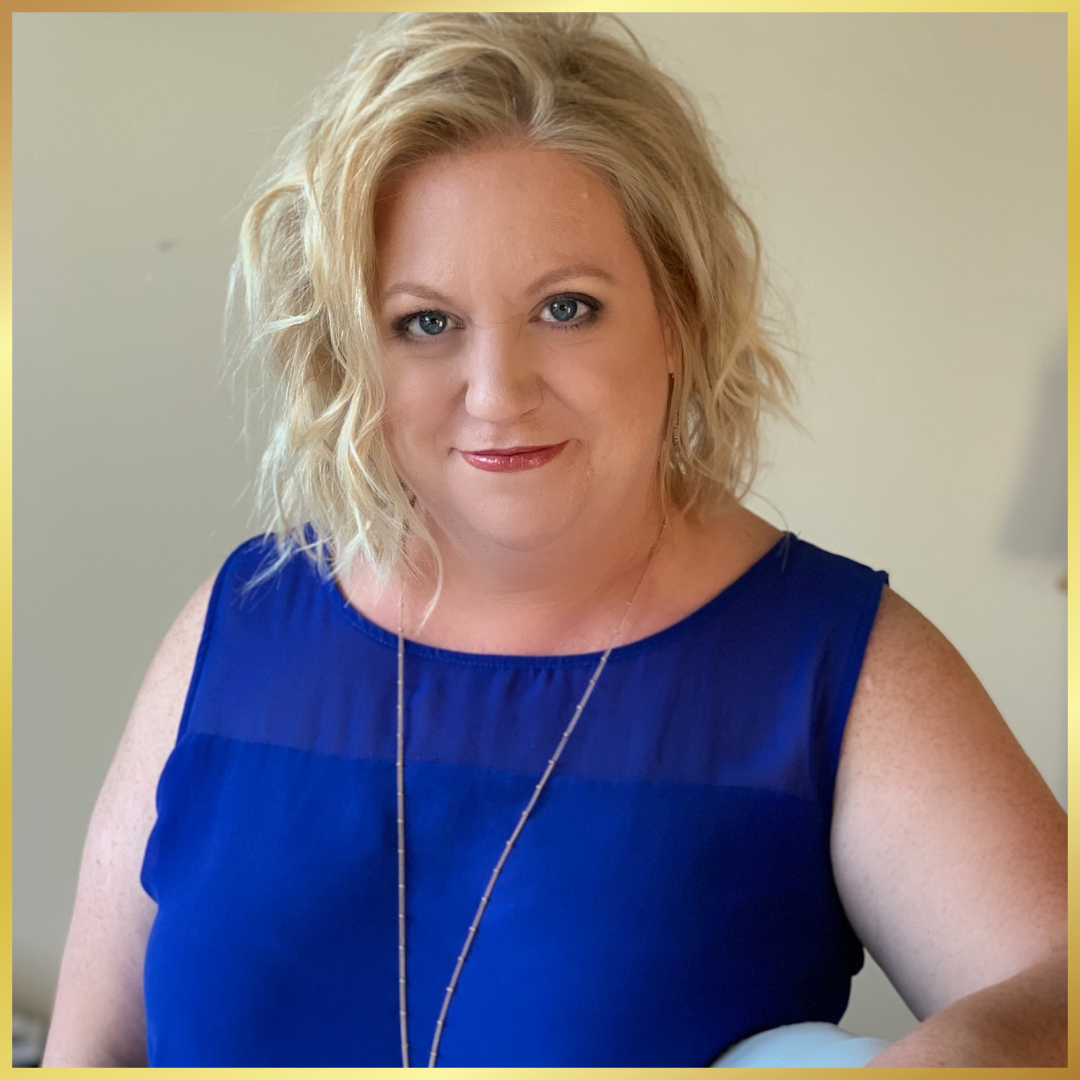 Prior to being a life coach and licensed psychotherapist for 12 years, Jenny served in corporate settings as a trainer of leadership and organizational development, sales representative, and a marketing agent.

Jenny has navigated her own significant life changes including the death of a fiancé, moving halfway across the country alone, and an evolving career.

She now resides in Nashville, Tennessee where she is a lover of live music and a pet enthusiast.

Russell is the founder of Invictus Life where he helps men to find their way back to their inspired masculine soul, the soul that was sacrificed in the pursuit of being who they thought they were supposed to be. 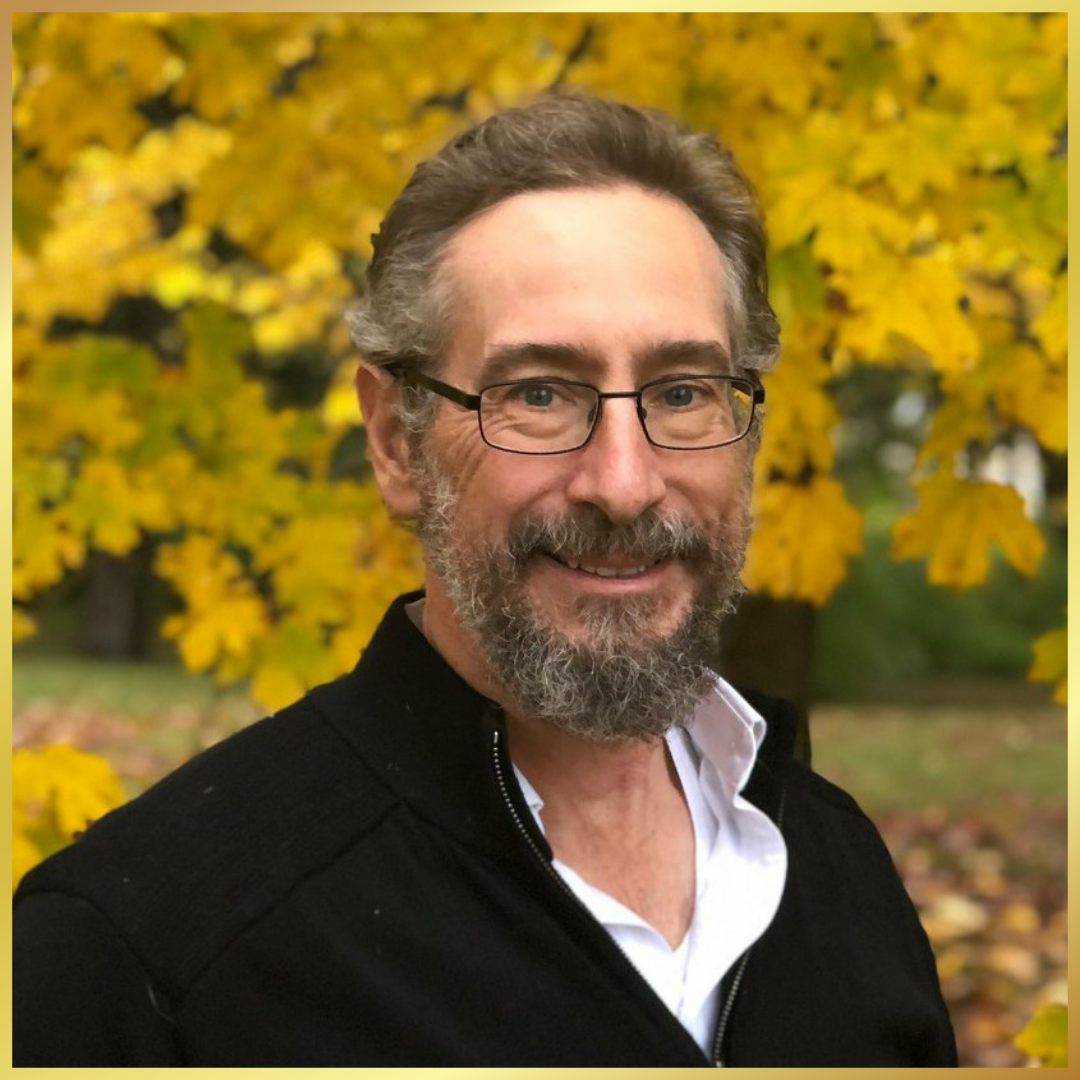 Russell has an incredibly powerful story of conquest that will inspire so many people.

When Russell was in the prime of his career, he was diagnosed with a rare liver disease. He spent 6 years on the transplant list, while maintaining a Chief Actuary role and providing for a family of 7. Overcoming the disease through a liver transplant was really only the first battle for Russell, for what he uncovered during his physical recovery was a soul & identity that had been buried in through his efforts to please others and do what he thought was "right". The real conquest for Russel was the conquest over the battle that emerged as he revived his soul.

Jennifer is a best selling author who helps people have tough conversations so that they can write their own money story to achieve freedom and fulfillment. 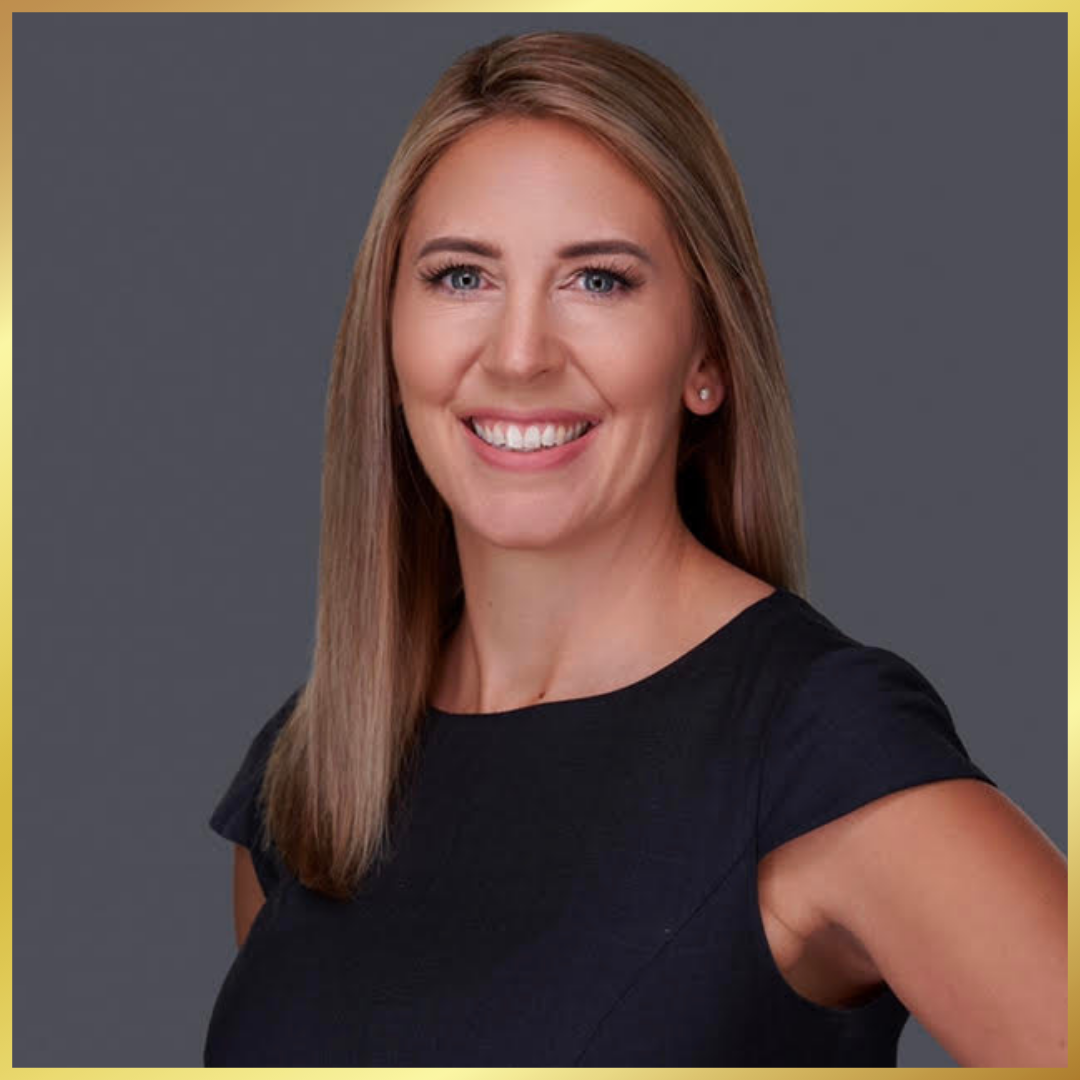 Jennifer Aube is passionate about helping others find financial freedom and fulfillment in their lives. She aims to help as many people as possible to discover the ease that can come with control over their finances. Jennifer is a mother, the author of the book “Naked Wealth: Have Tough Money Conversations to Achieve Financial Intimacy and Freedom”, and she works with couples daily to move towards greater financial literacy and freedom.

Through Jennifer’s journey she has had to learn the lesson of living life for herself and overcoming the obstacle that so many find themselves in, of living their life for others. As Jennifer would put it, her transformation wasn’t in the form of one major event, it wasn’t instant, more so, it was a slow burn, a transformation over the journey of life. Gradually learning, gradually becoming more steadfast to the vision, becoming better and better each day of being free from the trap of others opinions. 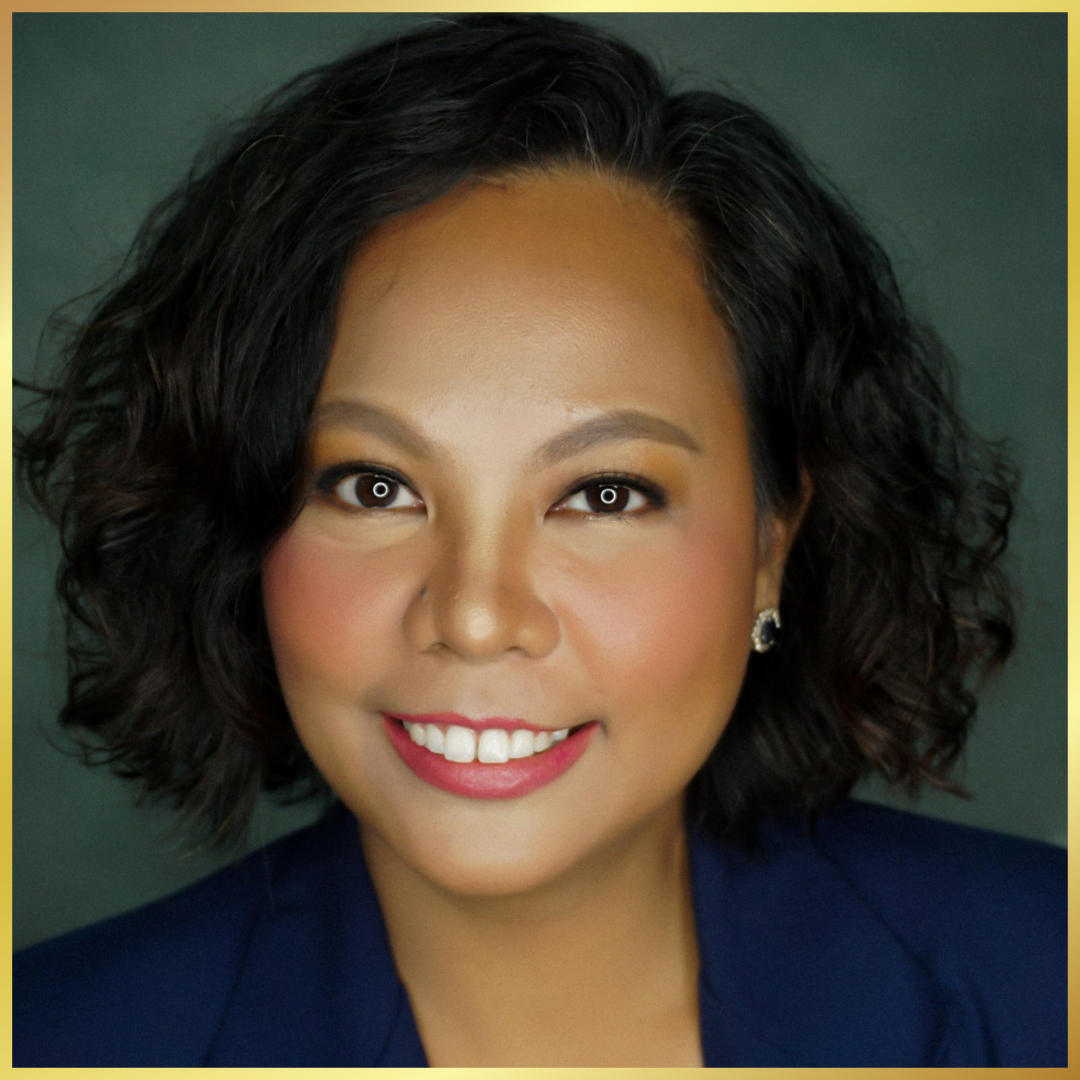 Valerie Fischer is a Neuro Linguistic Programming Practitioner. She has over 20 years of experience in advertising and marketing, and co-founded an e-commerce site for locally

She was a Chief Marketing Officer in a real estate company and then she was let go along with millions of Filipinos last year, during the pandemic.

But Valerie didn’t allow this to hold her back- no instead she used this obstacle as a stepping stone.

And this unfortunate incident actually led her to her purpose where she now gets to help new online business owners and entrepreneurs grow their revenue with Brain Science Selling.

Cory and JoJo Rankin, husband and wife due, parents of 5, foster parents, and owners of R Family Strong. 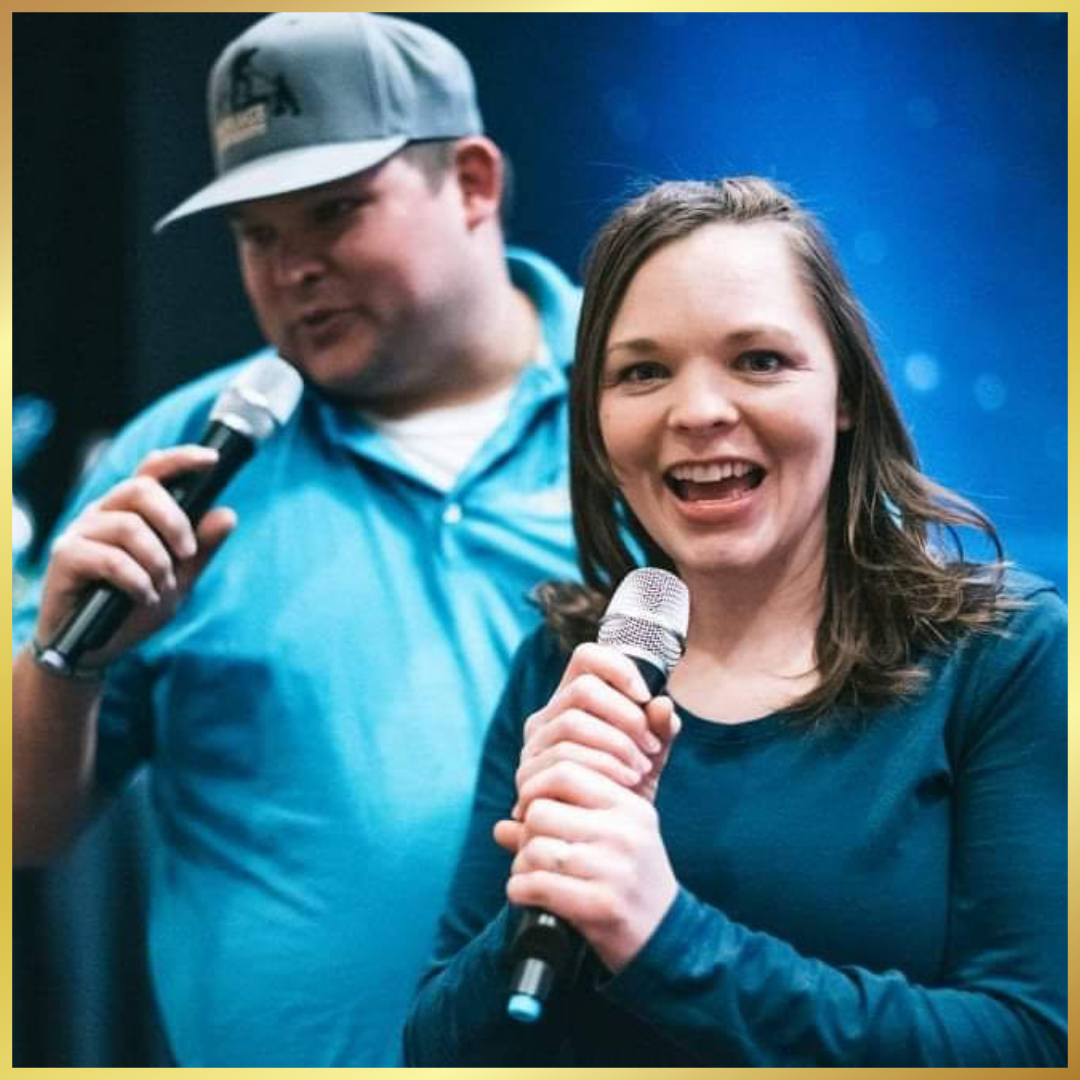 They work as a team to optimize entrepreneurial marriages and focus on restructuring and eliminating the invisible cracks entrepreneurship brings to relationships.

They work with couples that still love each other, fortify the connection they already have and business proof their marriage.

After being married for 13 years and fostering over 30 children in their home (over the past 10 years). They have encountered many obstacles on their journey- but they have persevered through all of them.

With kids ages 3,4,5,6 and 9 years old the Rankin household can be a bit crazy at times, but even with the craziness their family is the biggest blessing they could ask for!

Peter Neilson is an accomplished Automotive Professional with over 15 years of experience in the automotive industry. Founder of Certified Auto Consulting, caters to small repair shops, new emerging products, and hybrid vehicles. 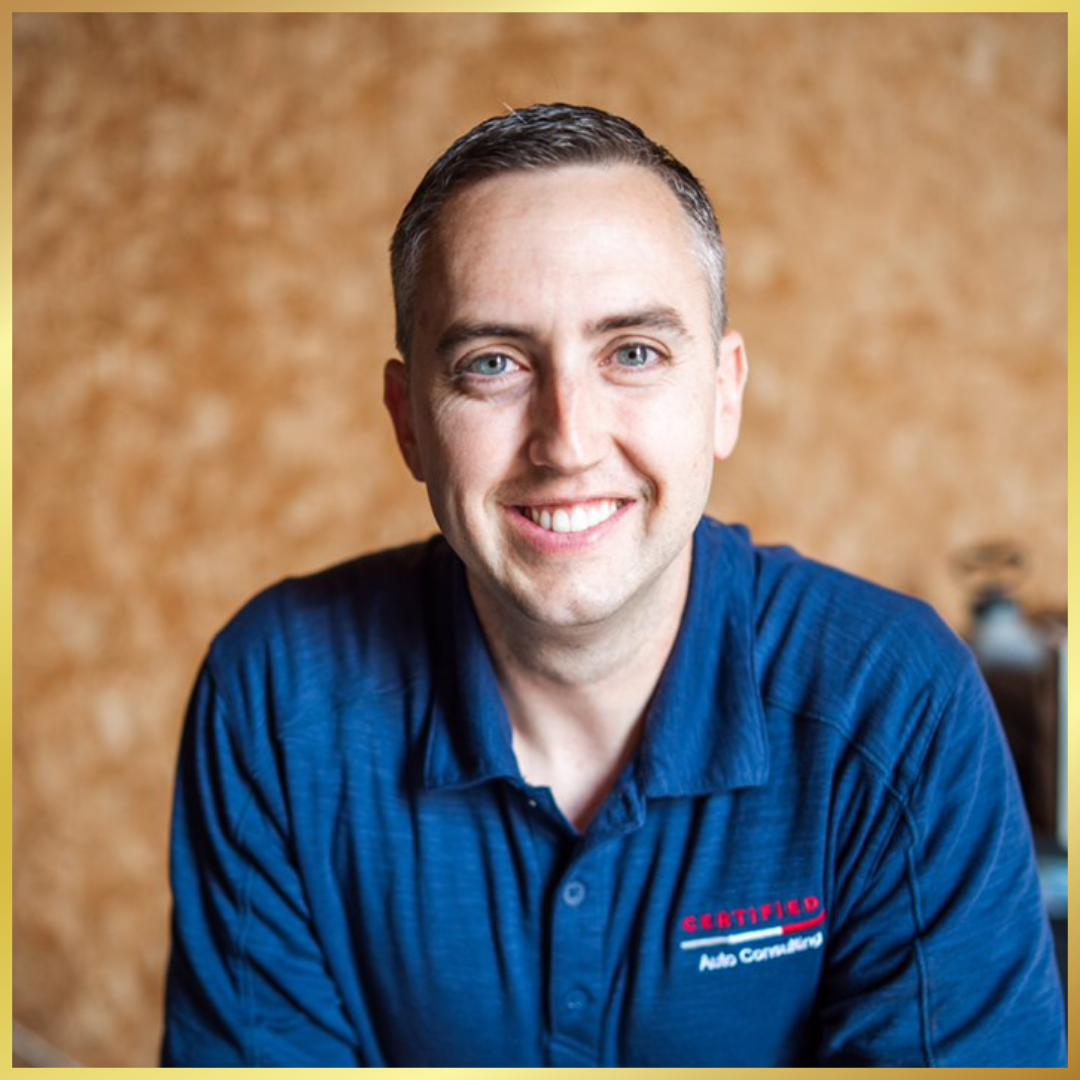 Due to his extensive knowledge of hybrid vehicles Peter has become known as “the hybrid guy." Peter has the ability to take an unhealthy automotive repair shop and transform them into a healthy and thriving business. Because of his skills, Peter can produce productive and long-lasting results.

Peter has always been focused on helping others and his continual learning but he hasn’t always had the confidence or sense of purpose that he does today.

On Peter’s journey of Becoming he has faced many obstacles and failures along the path yet he has continued to persevere and keep going which has helped to form him into who he is today. 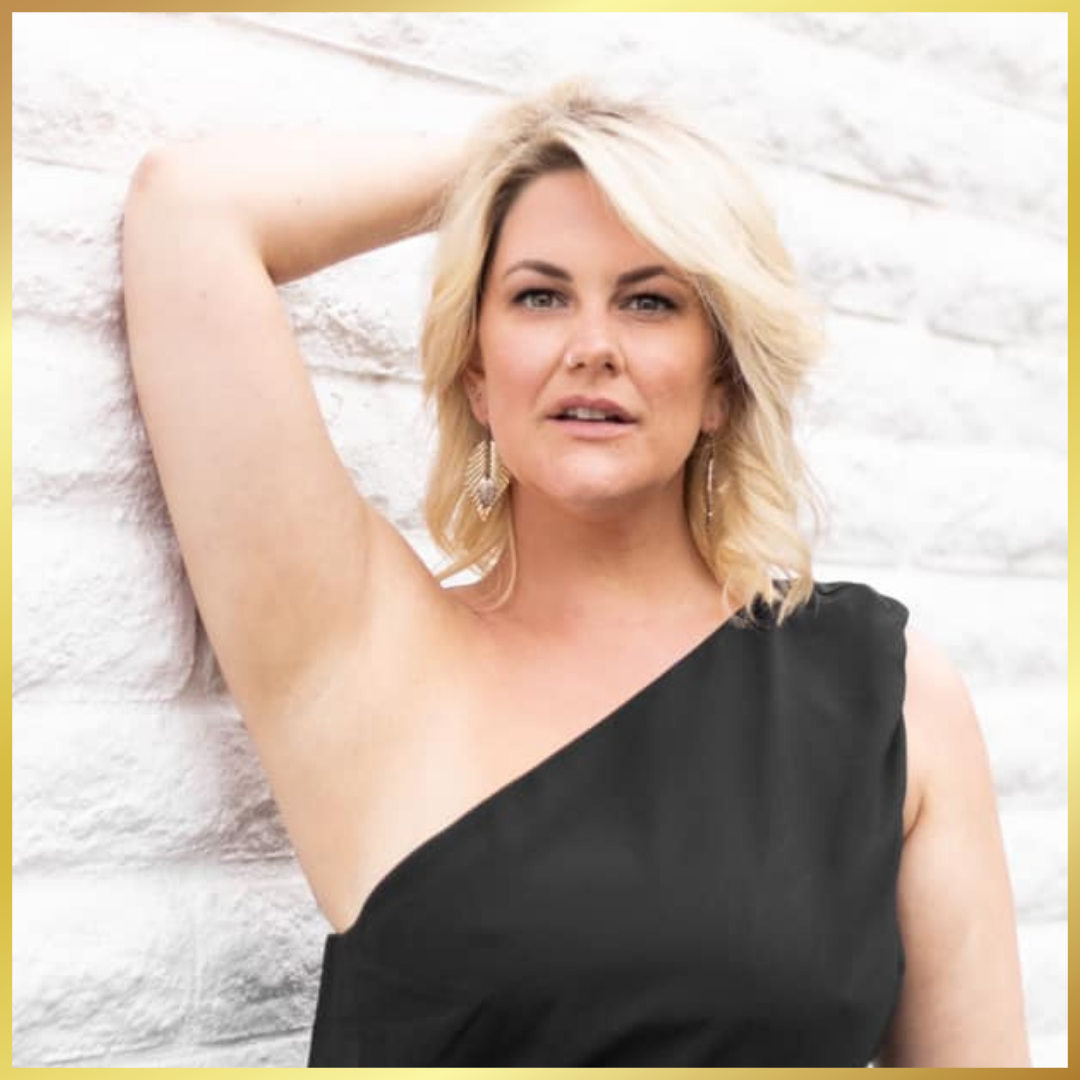 Kiki Rae is an Energetic Alchemist, Quantum Coach, Digital Nomad + Founder of the Quantum Creatrix brand. Her mission is to empower visionary women to heal their past, own their authenticity + embody their quantum selves, so they can effortlessly expand personally + professionally, creating a legacy of impact + income. She is a formally trained Master NLP, TIME Techniques + EFT Practitioner, Life + Success Coach and Reiki Master. In 2020 - during one of the most unprecedented seasons - Kiki 2.7x’d her income, scaling her business to a six-figure empire. She credits this to her Emotional + Self Mastery practices which is exactly what she leads her clients through, while infusing formal education + spiritual practices. Together we transform the impossible into your new normal. You can connect with Kiki more on IG @quantumcreatrix, on the Quantum Creatrix Podcast + in her Facebook group, the Quantum Creatrix Co.

Tanya Milano Snell is a mindfulness and embodiment coach who helps parents holistically heal from the inside out. 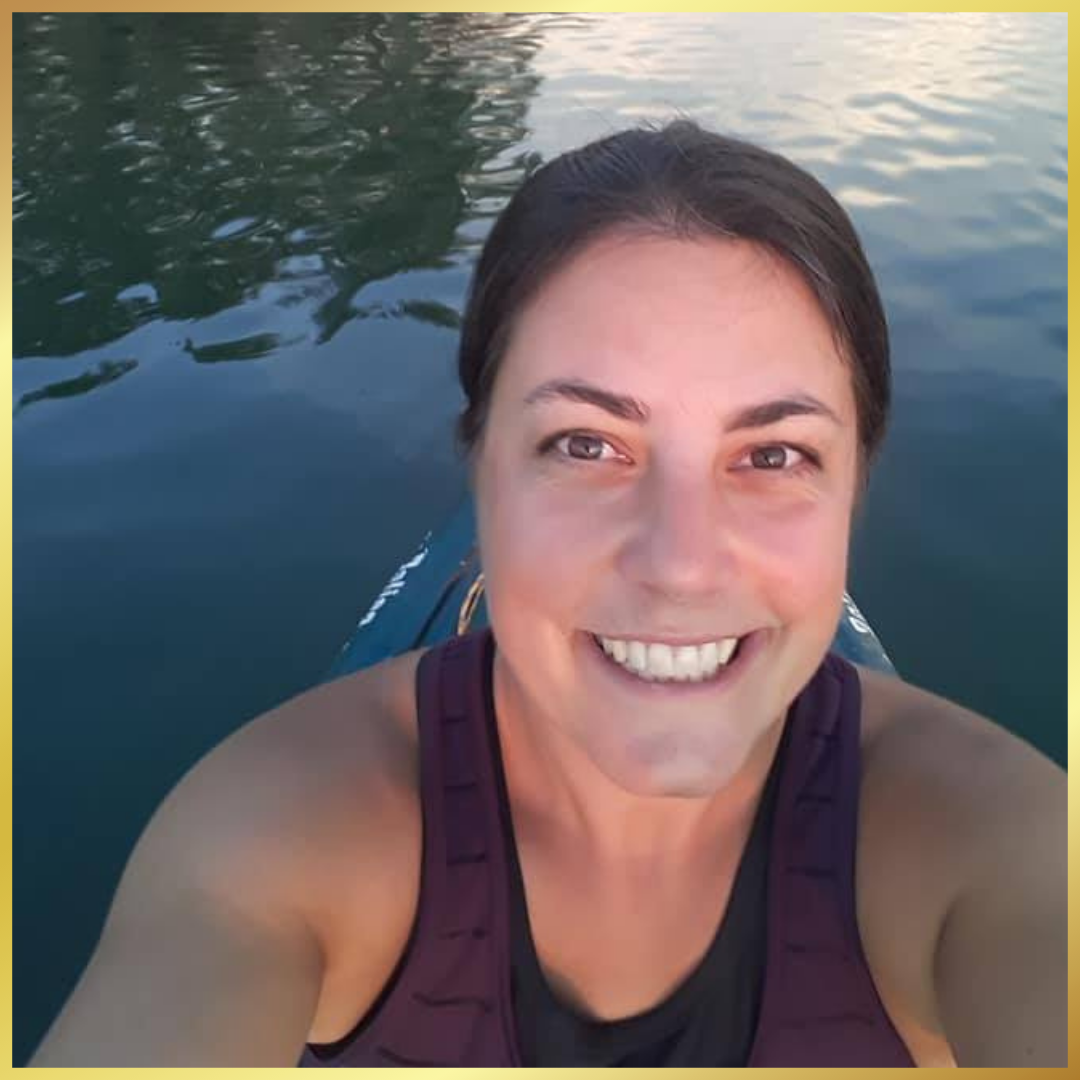 Tanya grew up with parents that were stressed out and always on the verge of snapping. She ended up trapping stress in her body. After learning the tools that helped her on her healing journey she became passionate about sharing this knowledge to other families through her work.

Her journey hasn’t always been easy, but she has continued to get up time after time. I am excited to be able to share Tanya's story with you all.

Host of A Kid's Perspective Podcast and merch line at www.akidsperspective.us 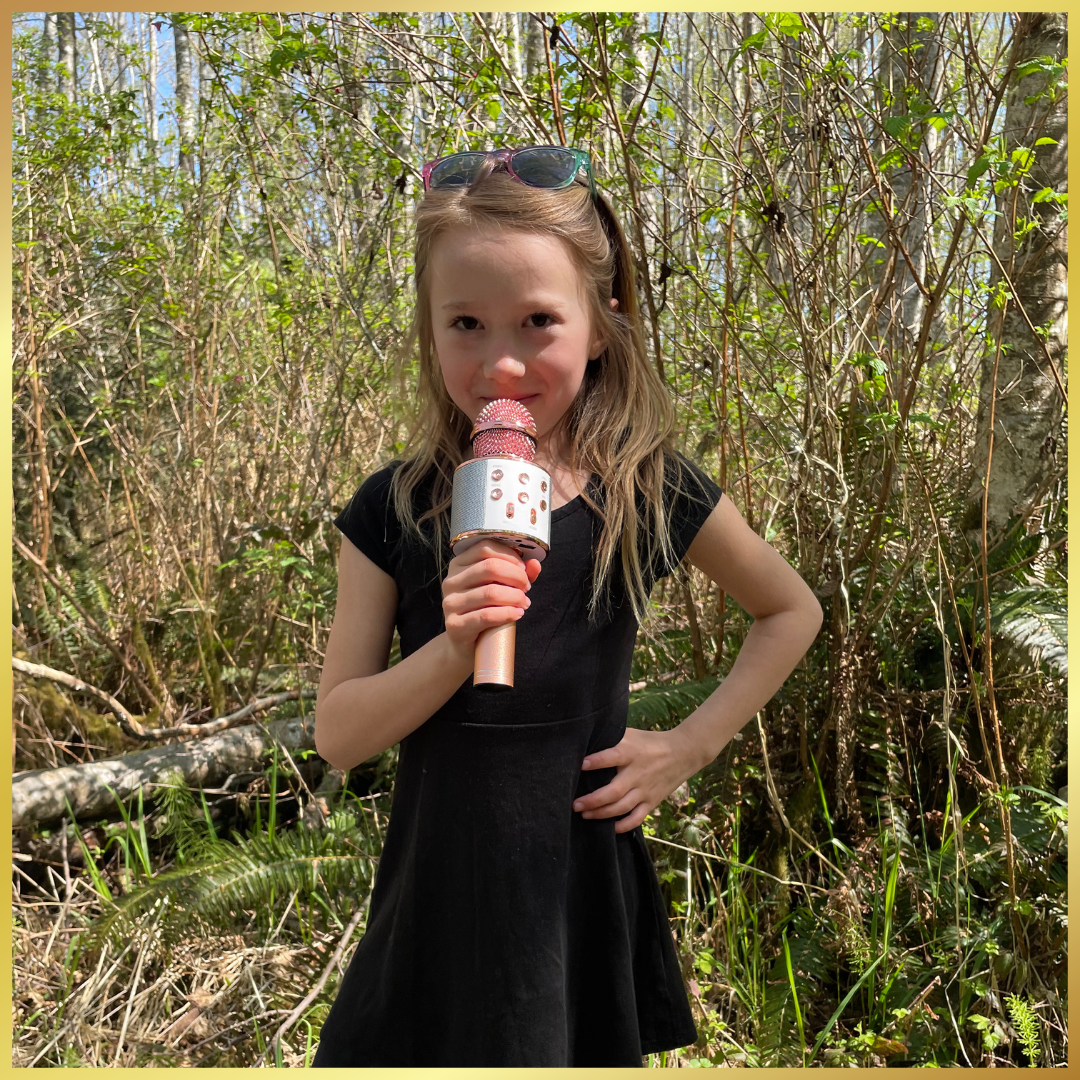 Virtual Assistant of Becoming the Big Me, Mother, and Online Seller. 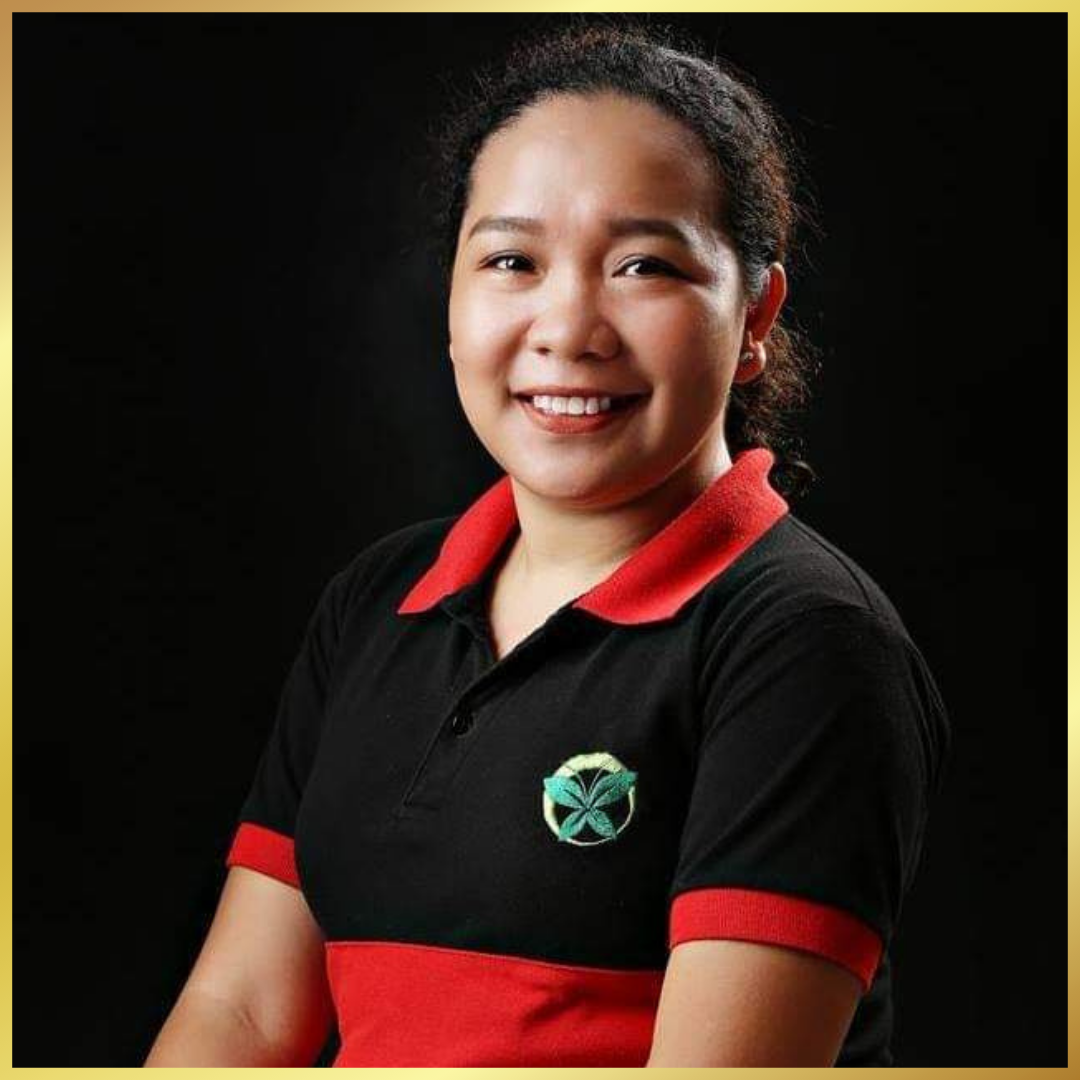 Do You Want to Learn More About Becoming the Big Me and Get to Know Your Founder, Djemilah Birnie, A Bit More?

Then tune into the Becoming the Big Me Podcast! 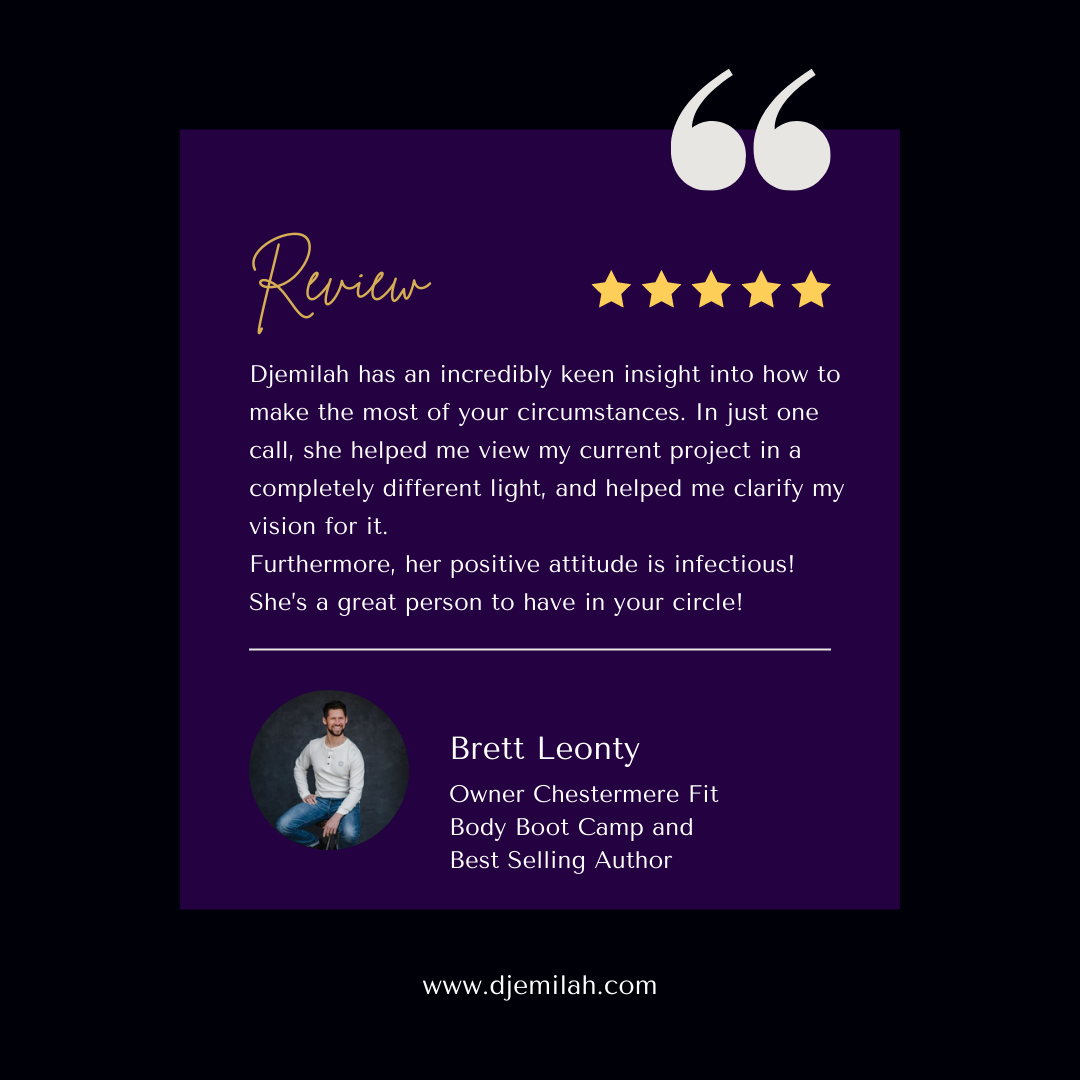 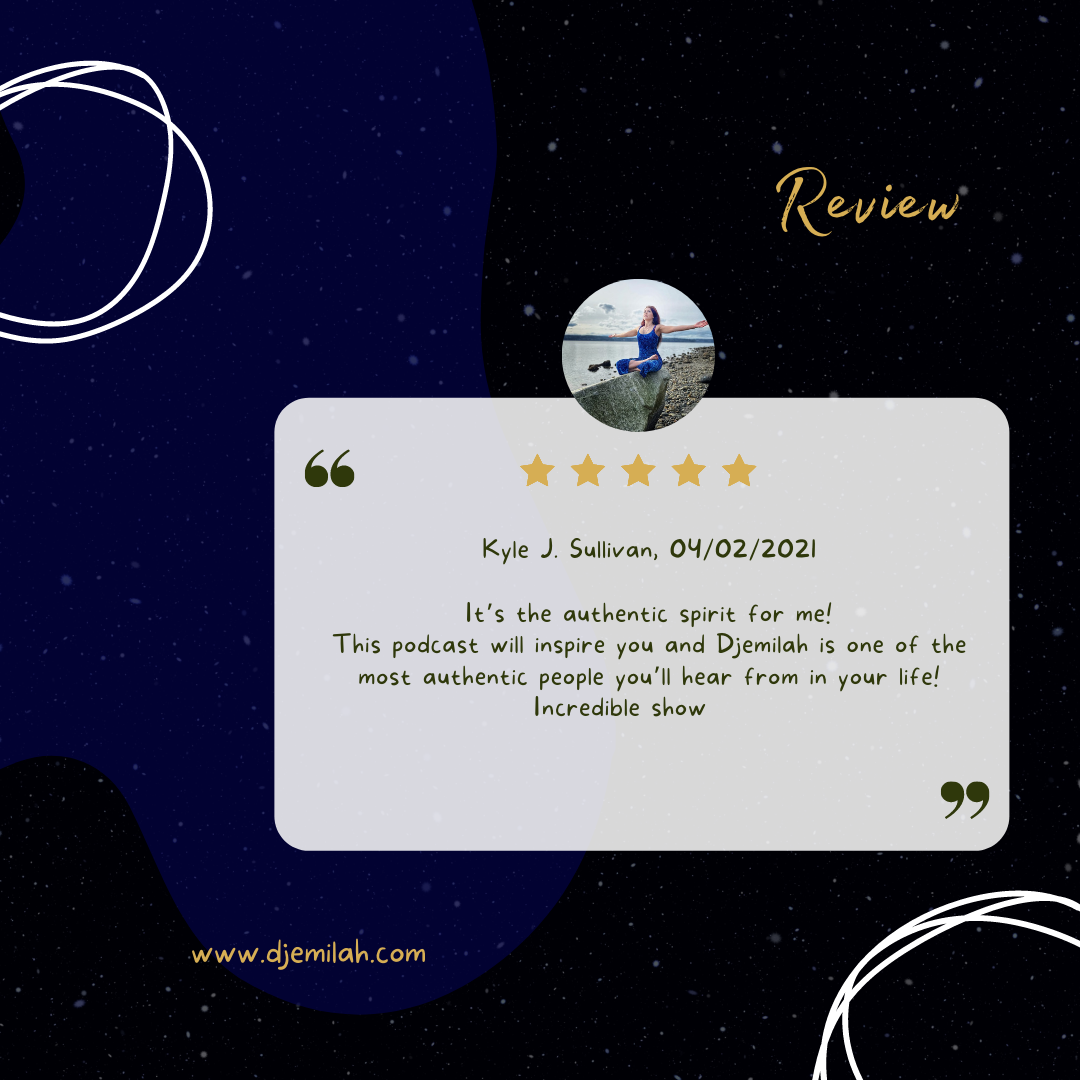 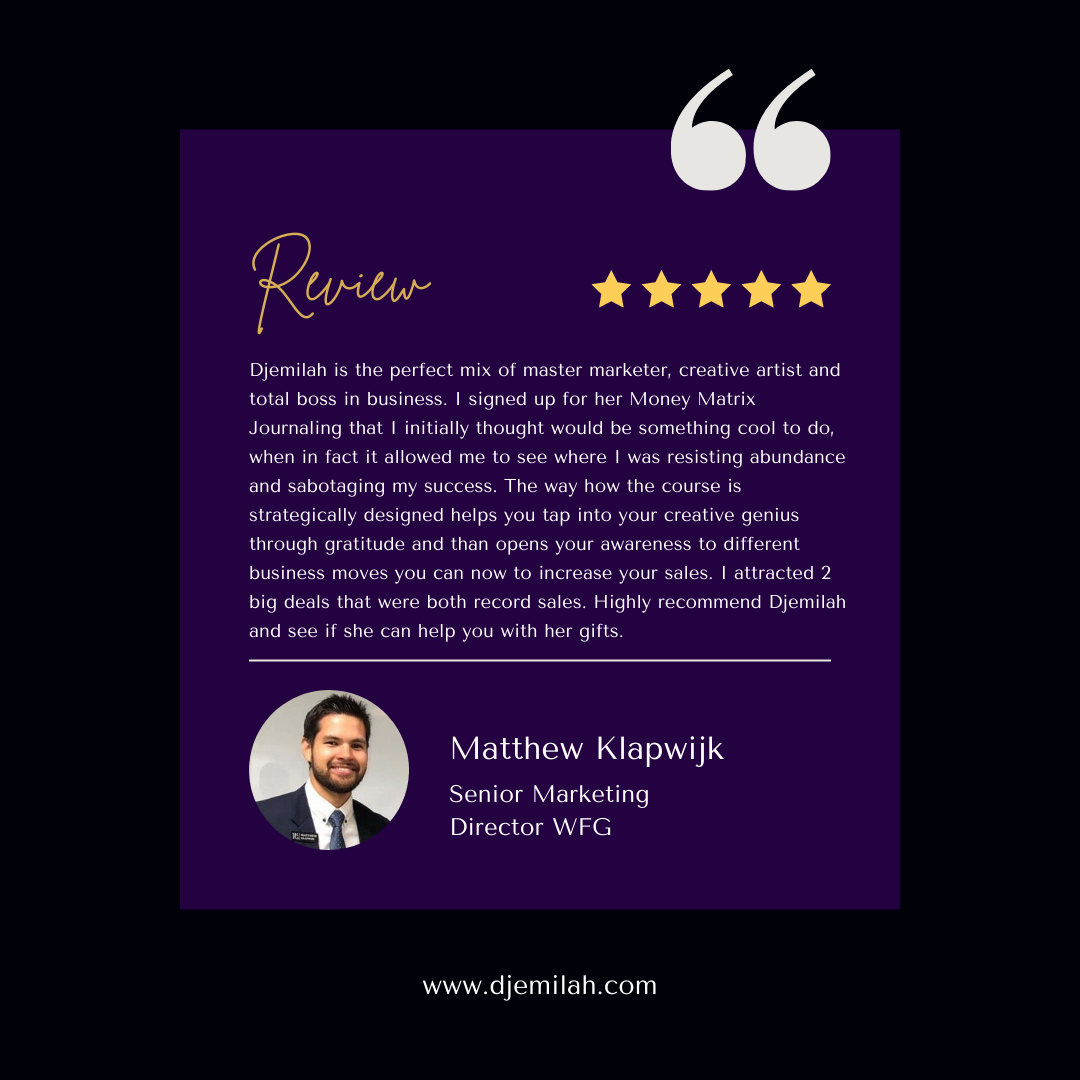 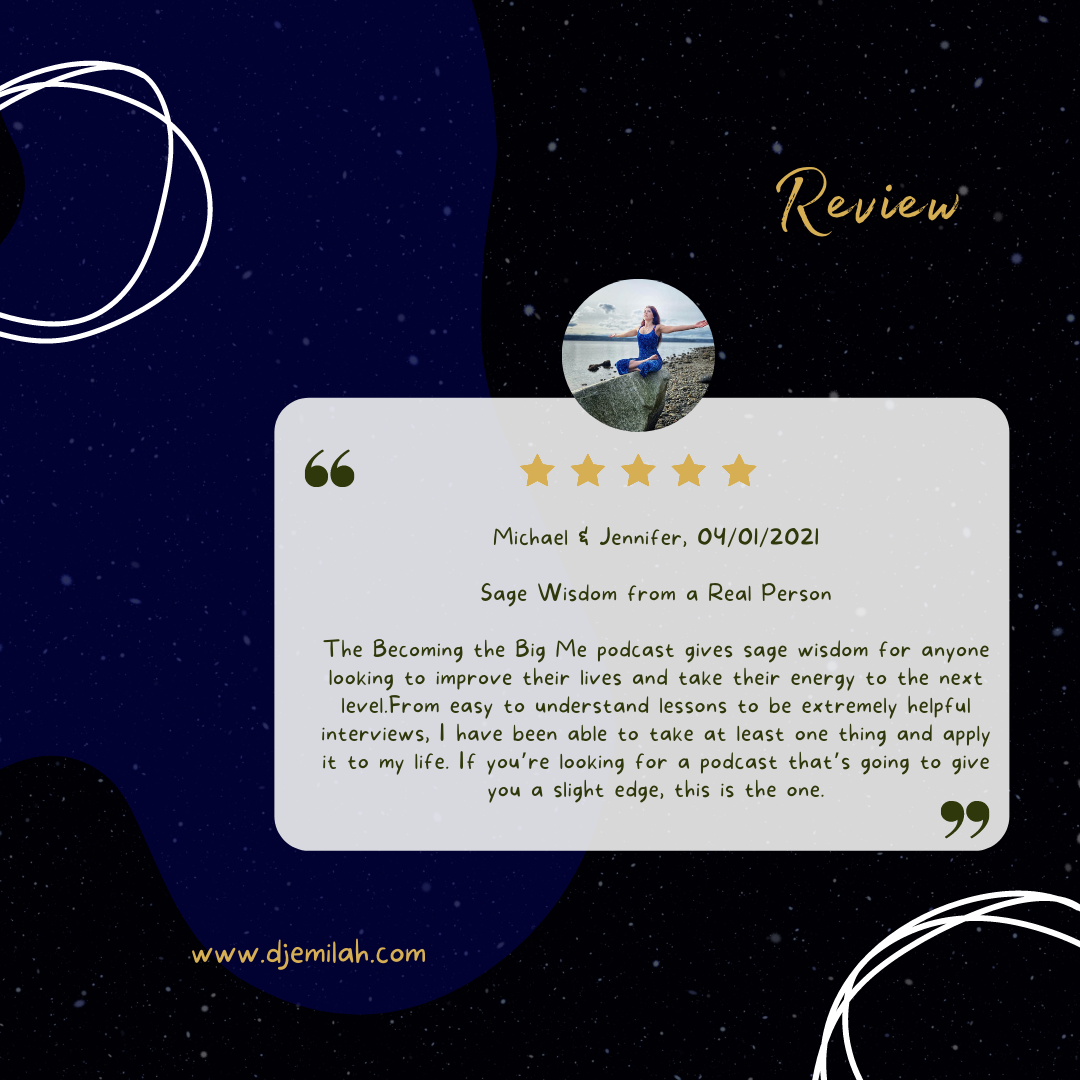 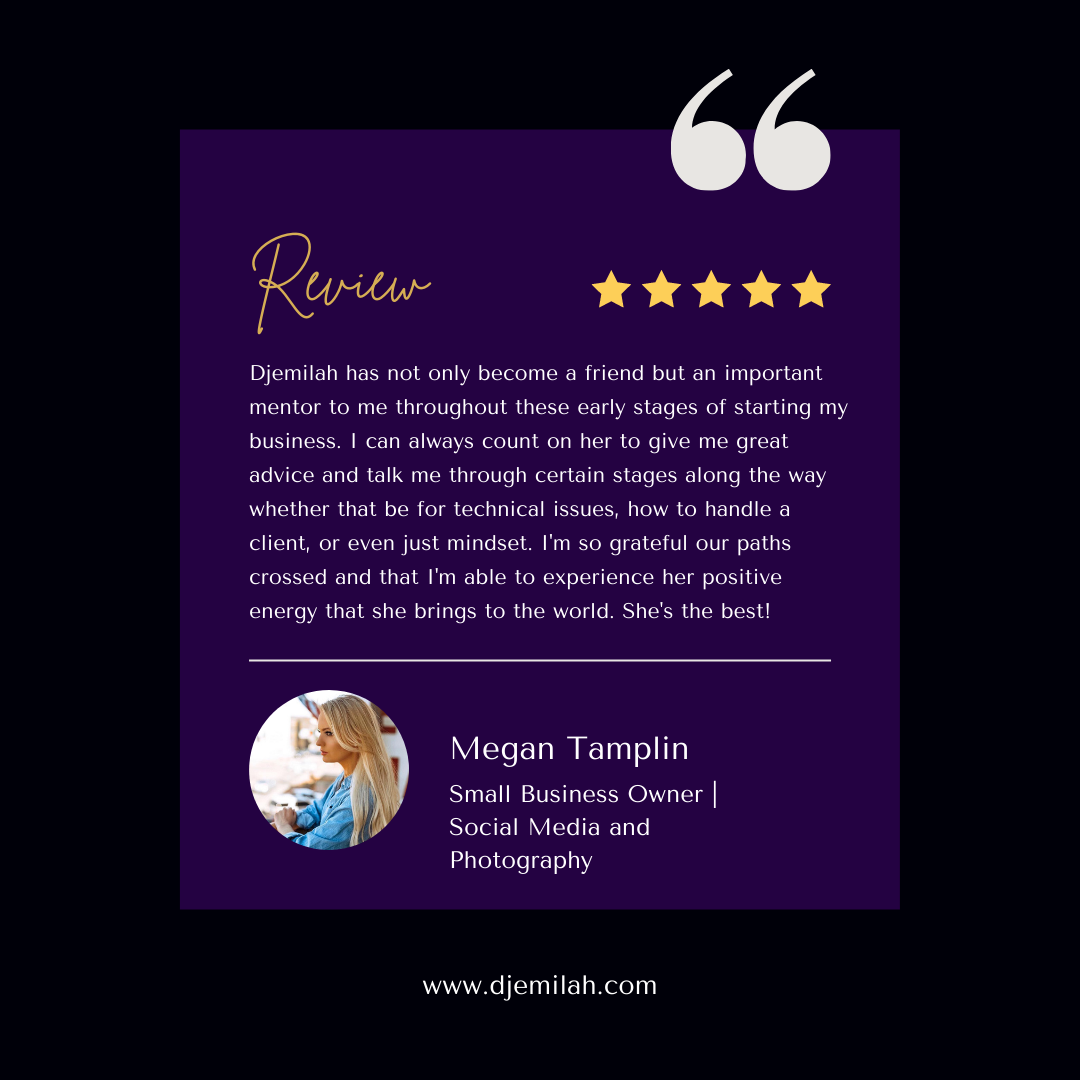